Beginning on June 1, 2016, Yahoo migrated the programmatic Native API from v1 to v2.

Developers are encouraged to migrate to the new v2 API in order to maintain access to the latest features and functionality. Note that new features are only added to the current version. In the event of a special situation that would require a fundamental change across all versions, a migration path will be provided. For any migration, you will have at least a 90-day window to migrate and integrate your app.

The Yahoo Native v1 API was supported for 90 days beyond the June 1, 2016 deprecation date. After that date, starting on September 1, 2016, the Native v1 API will be available for one year. After that time, it will be relegated to End of Life (EOL) status. In addition, note the following: New features will not be added to v1. Non-critical bugs will not be fixed outside of the 90-day window. Any significant, revenue-impacting bugs will continue to be addressed.

The Entity Status and Editorial Status 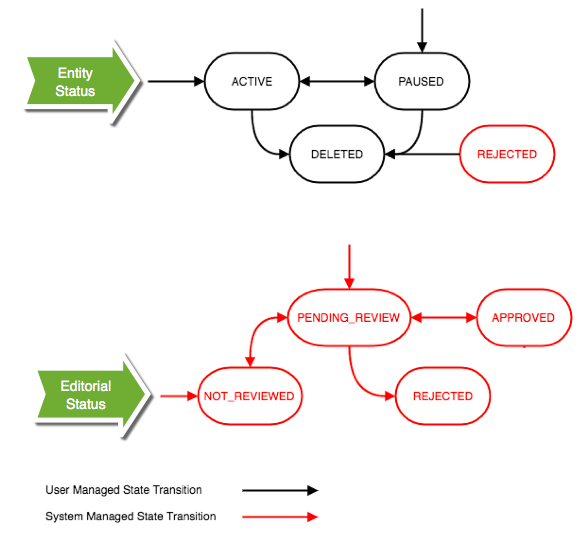 The v1 Yahoo Native API is now deprecated for the following reasons:

Keep in mind that if you make a call to the Native API without specifying the version, it returns a 404 error.